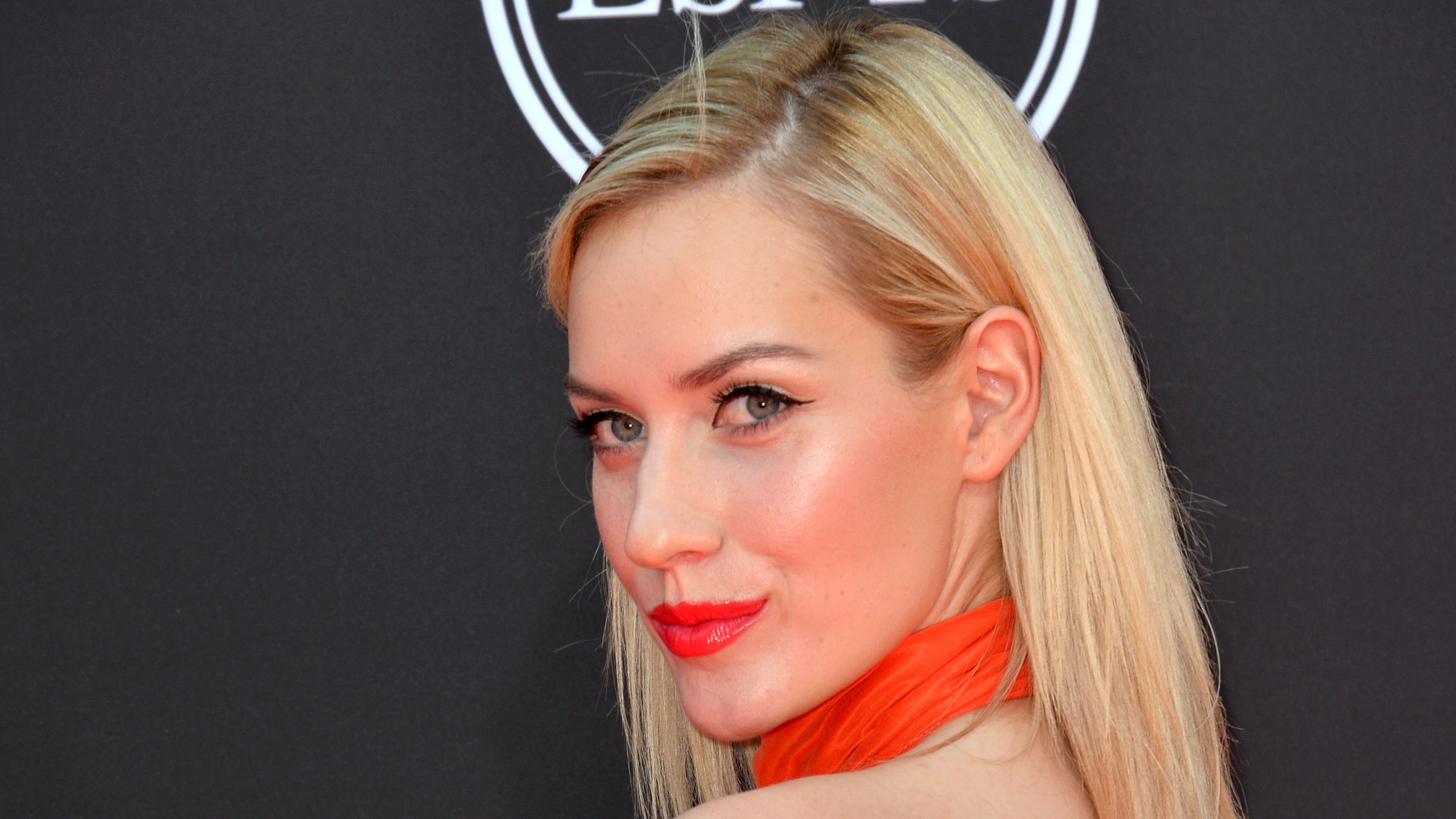 If Paige Spiranac's name strikes a cord, then it is because she is a renowned American social media personality and golf instructor. Paige has 3.5 million Instagram followers, over 260,000 YouTube subscribers, and 145 instructive videos. She is also famous for being one of the sexiest women as she always displays her toned figure confidently. Recently, Maxim Magazine named her the sexiest woman alive in 2022.

Paige understands how to make her admirers swoon over her body anytime she looks stunning in a trendy and unique bikini and how to inspire them. On July 24, 2022, a fan's page reposted one of their most loved bikini photos of the blonde beauty. The picture was a throwback to one of Paige's most memorable bikini looks.

Check it out below.

Harley Quinn, Is That You?

In the photo, Paige stunned in a glittering pink and blue Halloween-inspired swimsuit, disguising herself as Harley Quinn, a villain from DC Comics. She wore a black belt around her waist to complete the iconic ensemble and held a golf stick on her shoulder. In addition, she styled her blonde hair like that of the character and opted for a colorful glam with pink lipstick.

Fans stormed the comment section to compliment the influencer's outfit as they called it 'inspiring' and their best.

"You looked great Paige! Your creativity is quite inspiring!!" gushed one fan.

"Best of all. You look gorgeous and young," another fan added.

"I'll love to recreate this," commented another fan alongside a love emoji.

In another gorgeous photo from July 4, Paige donned a sexy white and blue checkered bikini that left little to the imagination. The ensemble beautifully displayed her cleavages and toned abs. Her deep curves and hips were also on display. Paige's curly blonde hair was her only accessory, though she wore mild make-up with a matte lipstick.

The former golfer looked sultry as she posed, leaning her hands on a wooden shelf with vegetation scenery serving as her backdrop.

The stunning photo received over 200,000 likes and more than 4,000 comments from Paige's fans. In addition to drooling over her incredible figure, the beautiful diva's admirers said they are prouder to be Americans after she shared the sexy bikini photo on US Independence Day.

"I am very patriotic. Even more so now!" one inspired fan commented.

"Happy 4th of July to you too. God bless the USA and you as well," another fan added.

"It is very easy to see why you were voted one of the most sexiest woman by that magazine. You are so gorgeous and beautiful!!!" an awestruck fan wrote.

Even though Paige's fans loved her white and blue checked bikini, they wondered why she didn't stun in a USA-inspired bikini to mark the occasion.

"No USA bikini?" asked one fan.

"Where's the Fourth of July bikini? Lol," another one added.

"We the people need an American flag bikini from #Americassexiestmodel," wrote a third fan.

Paige surprisingly responded to one of the comments, saying, "I was going to, but I posted in one for the US Open, haha." Her response referred to another post she made earlier that showed her in a USA-themed bikini to celebrate the start of the US Open Golf tournament.

Paige Opens Up About The Constant Harassment She Receives 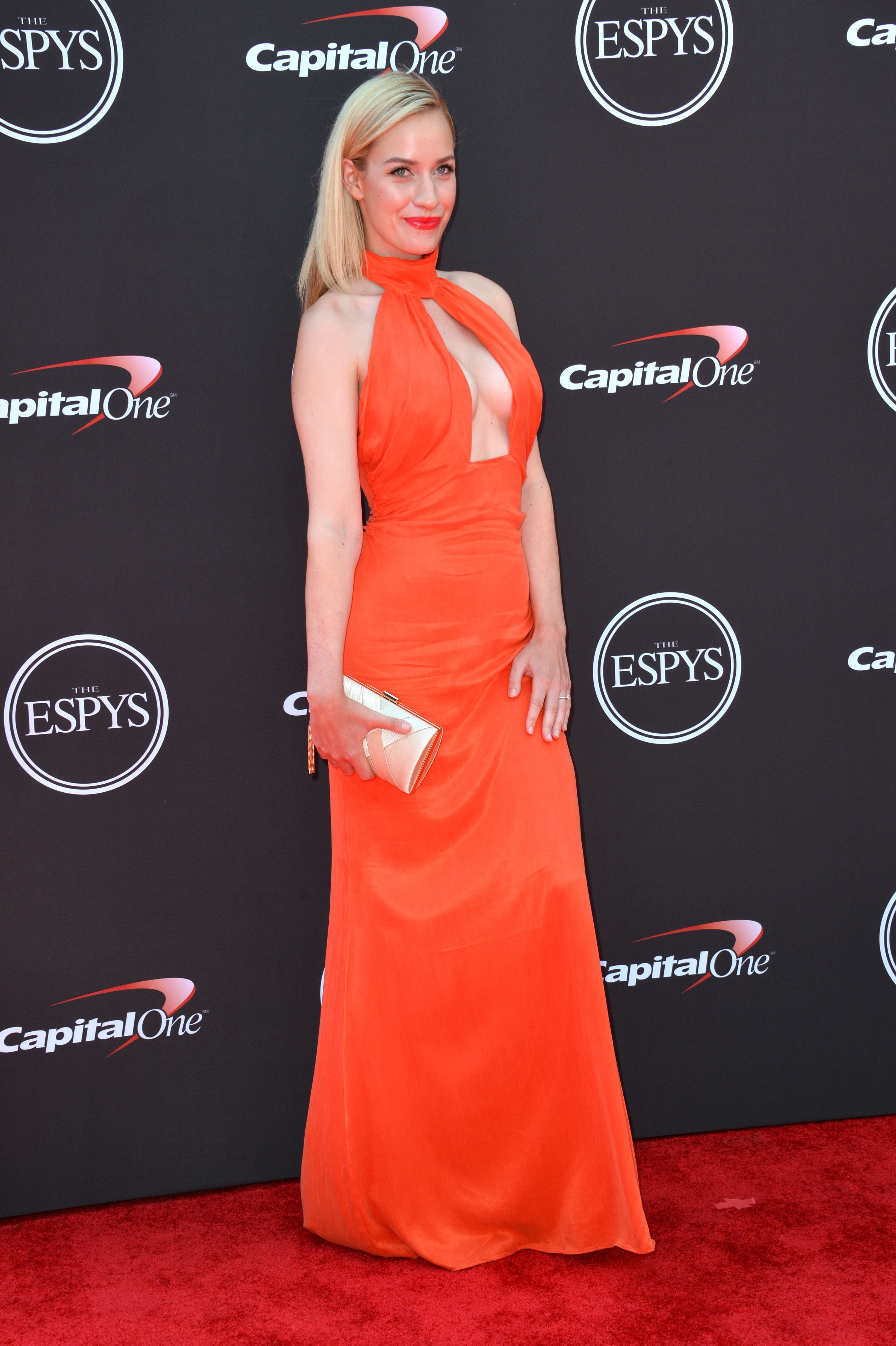 During a recent episode of her podcast "Playing A Round," she discussed her mental health and revealed that she frequently receives death threats, derogatory comments, and abuse.

Paige, however, is no longer playing around with her well-being and mental health. Hence, she has decided to sue anyone who goes beyond simply typing messages.

Now that she has opened up and promised to sue her abusers, one can only hope she gets to live peacefully without further harassment.